Skip to primary navigation Skip to content Skip to footer

Island Paradise Tours is a premier, professional inbound tour operator based in the beautiful twin-island federation of Saint Kitts and Nevis in the Eastern Caribbean. Our motto is: “Tours with a Difference”.

Island Paradise Tours started operations in 2004, and since then has grown to be the top-rated tour and excursion in St. Kitts.

About the Tour Guide

Rosevelt Taylor, a native of St. Kitts, grew up in the town of Sandy Point, Downing Street. Then moved to St. Croix U.S. Virgin Island and shortly after moved to Indiana where he completed his high school and trade school education. On graduation from high school, he moved to Texas where he attended Texas College in Tyler, Texas. At that College, Rosevelt was conferred with a Bachelor of Science degree in Business Administration and became a member of Phi Beta Sigma Fraternity and also a member of the International Student Association.

Since that time, he has worked in administration and management for different companies over the years, he gave 10 years service to the US Army and was afforded the opportunity to travel around the world to at least five continents. As a Tour Guide, Rosevelt had the privilege of driving the royal family of Dubai, the CEO of Disney World Pictures, Sir. Vivian Richard, among other dignitaries and popular personalities.

TripAdvisor has awarded his company with a Certificate of Excellence for five consecutive years (five stars), 2010 to 2015. It’s also ranked Island Paradise Tours as the number one tour operator in St. Kitts- Nevis for eight consecutive months. We’ve received the St. Kitts/Nevis Tourism Authority, PEOPLE CHOICE AWARD winner 2012 (Taxi/Tour Operator). In July of 2015, Rosevelt and Island Paradise Tours were inducted into the TripAdvisor Hall of Fame.

After being in business for over 10 years, two years ago Rosevelt put a dream team together with the most remarkable gentlemen he could find, himself, Merlyn Browne, Edwin Burt, and Anthony Travis. These are service-oriented men who stand TALL by our motto “Tour with a Difference.” We go the extra mile to ensure our guests fully enjoy their vacation here in St. Kitts. 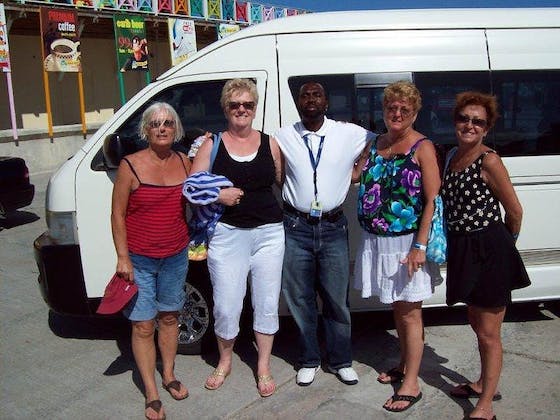 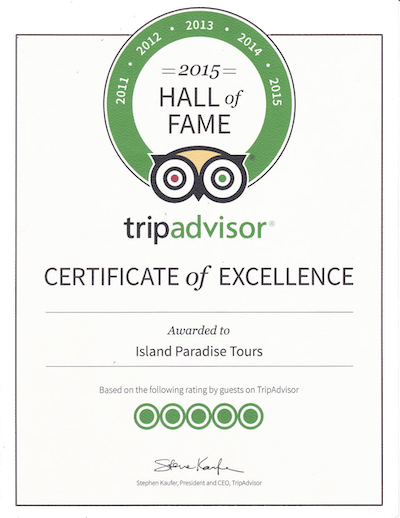